It’s Time To Make Some Noise About Women’s Health 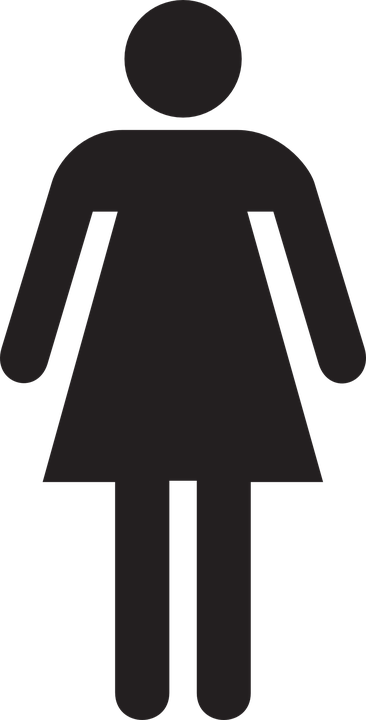 She may look generic, but she’s pissed off and ready to fight for her rights.

Here’s something I’ve noticed: if I post, say, a picture of my daughter, or of my pets, I’ll get a ton of “likes” and comments. But, if I post something supporting, say, Planned Parenthood, you know what I get? Three “likes” and crickets.

Seriously. And I don’t think this phenomenon is relegated to online. Years ago, when I was still teaching private, in your own living room Mat Pilates classes, I had a similar scenario happen with my clients. We were all roughly the same age, all well educated, all fairly financially secure. We all had daughters. The women were discussing non-profit organizations they were going to support/volunteer for, like mentoring low-income teenage girls. That sounded nice, although one of the women had already decided that wouldn’t work out, because the girl she was mentoring was “too ghetto” (it hadn’t occurred to her that low income means “poor,” and that the girl might not be overwhelmingly grateful to the nice white lady for taking two hours out of her week to show her the backyard chicken coop she had installed.)

Anyway, one of the women asked me what organization I gave money to, or would volunteer for, and I told her, “Planned Parenthood.” Well. It was as if I had farted in church. They said nothing.

I couldn’t understand it. They had daughters. Was it that Planned Parenthood involves recognizing sex, and the complications it can bring about? Is that why it made them so uncomfortable? Did it bring back memories of a surreptitious teenage sneak into the local clinic for the pill and an STD check? Was it the abortion thing? They were all pro-choice democrats.

It seems that many women of my age (middle) consider reproductive health to be a young woman’s game, no longer relevant to them. They have forgotten a time when a PP clinic was the option for birth control, Pap smears, and the morning after pill. Years of going to private, pricy OB-gyns had erased those unsavory times. The problem is, women’s health needs middle aged and older women(who often have more money and time) to weigh in; it cannot depend on the young with their limited resources and connections.

Women’s health is even more in need of our support right now. Planned Parenthood, which supplies essential health testing for millions of women, is on the defunding block. If women are denied inexpensive access to reproductive and women’s health care, they literally lose control over their own health. An unplanned pregnancy derails plans, lives, and finances. When women cannot control their own bodies, economics suffer for everyone.

As it is, access to a good women’s clinic is difficult in many states now, especially those that offer abortion services. Some states are down to one clinic. State legislatures have essentially banned a necessary and private medical procedure just by making access impossible for many. Because for many, a private doctor is out of the question, and a clinic is the only affordable option. If you can’t get to the clinic, you can’t get treated.

I currently try to volunteer a couple times a month as a clinic escort. I help usher men and women into a woman’s healthcare clinic, and shield them from the anti-abortion rhetoric hollered at them by aggressive protestors. Often, I’m the only woman over 40 there; I’m hanging out with a group of very devoted millennials. They are pretty extraordinary people, full of energy and fury over the anti-feminist bent of the current politics. They are involved. But, they have very busy young lives and little income; just the cost of gas to get the clinic has to hurt. Where, oh where are the older women? They seem few and far between, at least on the clinic escorting front. And believe me: I know that getting yelled at isn’t for everyone, but there are other options for supporting an issue that hits 51% of the population. It’s not just about throwing twenty bucks at it and walking away.

Finally, to tie this whole rant back to fitness, which is ostensibly what this site is supposed to be about, you can’t be fit if your health is garbage. Without access to good medical care, the concerns of aging and the unavoidable sports injuries will get you. If you’re young, you’ll want good birth control and screenings, if you’re older there’s a host of testing, including mammograms, to keep up with, as well as dealing with the wallop of menopause. We simply can’t do it without available, affordable, non-exclusionary women’s healthcare.

Remember when we all went out and marched in January? It was the biggest march our country has ever seen. Congress repaid us by passing the heinous AHCA, which gives states the option to charge individuals, and especially women, more. We definitely can’t be at our best if simply being female is considered a pre-existing condition according to insurance companies. Mad yet? Get active beyond writing a check. Be a role model for your daughters, your nieces, your friend’s daughters, and even the males in your life. Because they might need to use some of those services, too.

Here’s a link to organizations besides Planned Parenthood that you might want to volunteer for, plus a link for Angelenos to LA for Choice if you’re interested in being an escort.